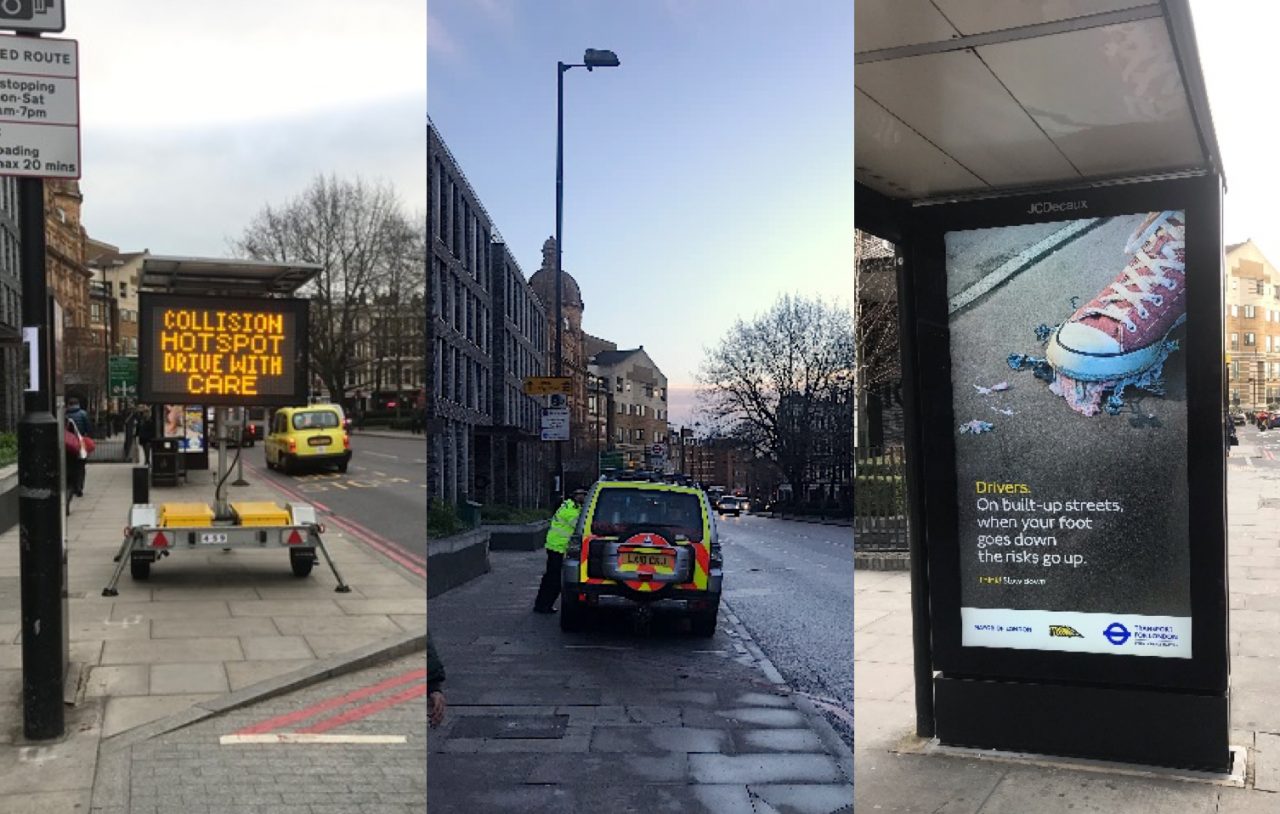 TfL asked Common and the research agency 2CV to test ways of improving driver behaviour at high-risk junctions in London.

Behaviours such as running a red light, accelerating as the lights turn red, speaking on a hand-held phone, stopping in the cycle box and eating and drinking contribute to thousands of collisions each year. As part of the Vision Zero strategy, the Mayor has set a goal to eliminate death and serious injury from London’s roads by 2041. To achieve this, TfL wants to make drivers more aware of their potentially dangerous behaviours and habits, and to explore which interventions will be most effective.

We ran the experiment over six weeks at the intersection of Pentonville Road and Islington High Street, which has a history of collisions involving pedestrians, cyclists and motorcyclists. We observed how drivers behaved at the junction, and also recruited a small number of drivers to provide spontaneous feedback while driving a route. At the same time we monitored a ‘control’ junction nearby, with a similar layout and volume of traffic, so we would know whether any changes in behaviour at the Pentonville Road junction were due to our interventions.

After a week of baseline testing, we introduced three interventions for a week at a time, and then all three together. They consisted of an electronic sign that read ‘Collision hotspot drive with care’; a police presence by the roadside; and a campaign poster at a bus stop warning about the dangers of speeding. We found that each intervention by itself had a significant impact, reducing the proportion of drivers displaying at least one dangerous behaviour from 50% during the baseline week to between 32 and 38%. When the electronic sign, police presence and campaign poster were used together, this fell to 25%, an impressive 50% reduction. At the control junction, by contrast, there were no changes in behaviour.

This was an important project, not least because it showed that even a relatively low-cost intervention such as a warning sign can reduce road danger. We also gained some telling insights into driver behaviour through the interviews (which were conducted by 2CV): for example, most drivers said they thought they drove safely but that the interventions reminded them of how badly others drive.

Coaching the innovation team in ethnography with families

Designing a tool to engage girls in STEM careers