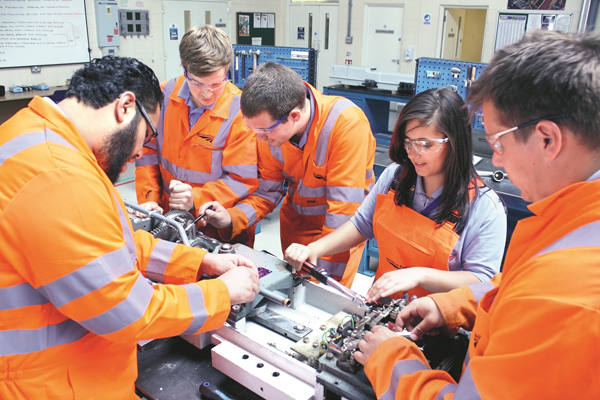 Exploring barriers to a career in the rail industry

The rail industry is facing a recruitment shortage, despite enjoying unprecedented levels of investment. As well as failing to attract enough highly skilled candidates, particularly those from STEM-based careers and disciplines such as engineering, it is struggling to recruit from a diverse cross-section of society.

Common and 23red worked with the Rail Safety and Standards Board to understand why so few people are considering a future in rail and to explore ways of turning that around and making rail a more appealing career. A major challenge was to help people feel that the railway could be a ‘place for them’ regardless of their race or gender.

We interviewed, conducted surveys and ran focus groups with hundreds of young people, parents, teachers, career advisers, job-switchers and railway employees with a mix of gender, ethnicity, social background and academic interest. We found that most people, even those with a STEM background, perceive a career in rail to be traditional, boring, socially undesirable and lacking the technological innovation of other transport industries. For women in particular, rail felt male-dominated and not a place where they would fit in.

At the same time, we identified plenty of opportunities to change perceptions. In the focus groups, interest in rail doubled once people were made aware of the range of jobs available (climate change management, app design and so on), the extent of the recent investment and modernisation programme (an industry on the up), and the fact that they could expect to work with people like them (eg. young, female, a mix of ethnicity).